Mid-year Tucson office market metrics were on a positive path. Positive year-to-date absorption of 205,301 square feet (SF) brought overall market vacancy down to 11.8%, nearly half a point below the historical average which skewed up in the recession. Existing and new call center requirements were present in the Tucson office market, as well as interest for medical, behavioral health and ancillary health care uses. 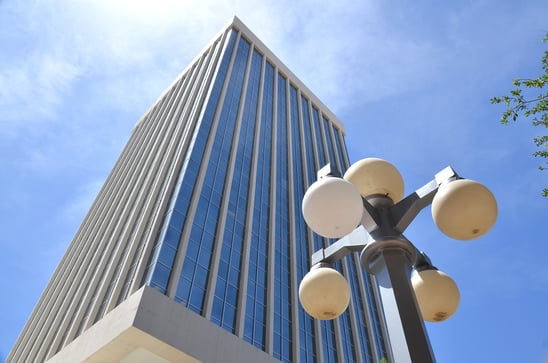 The pace of lease inquiries increased in the second quarter. Balance in the Tucson market still favored tenants. Key determinants continue to be lease rate and speed of delivery. To secure new tenants who are “shopping” the market, some owners create a competitive advantage by offering a below-market starting rate as incentive for a five-year term, with reasonable tenant improvements for second generation space and several month’s abatement outside the term.

Annual rent increases may be 4% to 5% in order to regain appropriate returns. Offering incentive rates to new tenants however can cause issues for the landlords when negotiating their current tenant renewals. Regarding speed of delivery, Tucson office market expectations typically are completion of standard improvements within 45 to 60 days after lease execution, plus an additional 30 days for extensive tenant improvements.

Office projects under construction in Tucson included a 15,000-SF speculative building on River Road in the Foothills submarket, and conversions of former retail space to medical uses including urgent care at River/Stone and TMCOne clinic space at Broadway/Harrison.

Tucson office building sale volume was up slightly over the previous quarter at $12.54 million and was fairly evenly split between investor and user purchases. Medical practices continued to be a bright spot in the user arena, and buyers continued to seek discounted product, given favorable lease rates in the market.

Bureau of Labor Statistics data reported that Metro Tucson added 15,636 jobs year-over-year through May 2016, with total employment of 455,312 and an unemployment rate of 5.0%. With recent high-quality jobs announcements and expansion by current employers, the forecast is for continued improvement.

While the mining sector was still impacted by market pricing, homebuilding and construction both experienced growth in Tucson. Business confidence was also evident in longer lease terms (up to five years) and owner investment in tenant improvements. Non-traditional space uses continue to be found in local activity, from breweries and distilleries to health and fitness uses and entertainment venues. That being said, growth was driven by broad-based, organic small business activity.

Tucson was recently ranked third in the nation in job growth by Bloomberg, with a 4.2% growth rate year over year. We anticipate continued modest improvement in both sale and lease activity. Money Magazine recently ranked Tucson #4 for millennials. Combined with a growing food and entertainment scene, Tucson’s employment growth prospects appear positive.