While not enjoying job recovery on pace with the national average, metro Tucson added 3,300 jobs year-over-year through August. Educational/Health Services and Professional/ Business Services accounted for 78.8% of the job growth, with unemployment improving significantly to 5.3% by September. 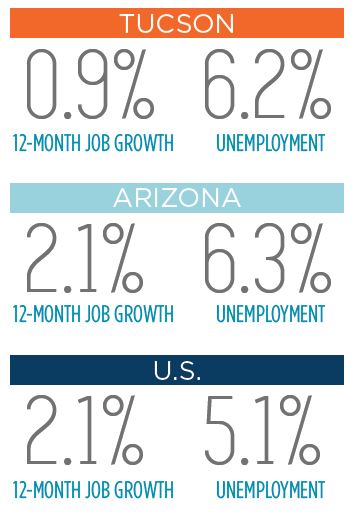 In our first installment of the Metro Tucson Employment Report, note that according to August 2015 figures, Metro Tucson unemployment stood at 6.2% with 0.9% job growth over a 12-month period. Relative to the ten U. S. cities with most comparable MSA ranking, Tucson's job growth ranked ninth.