This week Prologis, global leader in warehouse development and ownership, forecasted a 12-18 month ramp up in absorption of warehouse space, largely driven by production and trade increases. We asked how Tucson warehouse space fares in the market place and whether the recovery locally will track the global and U.S. forecasts.

Here is the broader perspective, reported by CoStar Group:

Prologis, the world’s largest developer and owner of warehouses, expects the recovery in logistics real estate will accelerate through 2012, with an upswing in production, trade and inventories translating into nearly 400 million square feet of positive absorption globally next year. 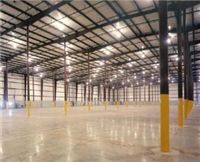 Even taking into account the economic soft patch earlier this year caused by rising oil and commodities prices, the debt crises in Europe and the U.S., and the natural disasters in Japan, the U.S. recorded the strongest second-quarter net absorption of logistics space in four years, according to the San Francisco-based global firm.

"The recession has been deeper and the recovery has been slower than anticipated, however, the global economy and the logistics real estate market are on track for a stronger rebound in the second half of 2011," followed by even stronger growth in 2012, said David Twist, vice president, Prologis research, in the report titled, Recovery Continues For Logistics Real Estate. "We expect to see increased demand for modern logistics space over the next 12 to 18 months."

The forecast dovetails with a similarly bullish-though-tempered outlook for the sector by CoStar, which notes that the climate for warehouse demand, as gauged by the shoring up of retail sales, manufacturing output and trade, has improved markedly since this time last year.

Systemic shocks such as oil price volatility and supply chain disruptions in the first half, combined with recent stock market turmoil, led CoStar to lower its near-term expectations for warehouse absorption -- and consequently, lower its outlooks for rent and value growth, according to recent analysis by CoStar Senior Real Estate Economist Shaw Lupton. Other ongoing factors such as shadow supply and oppressively low housing starts could also hold back warehouse demand, but despite the tempered outlook, the main takeaway remains the same, Lupton said.

"Now is an excellent time to invest in continued economic expansion by gaining exposure to warehouse properties," according to Lupton. "We remain cautiously optimistic that the pace of absorption will improve in coming quarters."

"We expect net absorption as a percent of stock to surpass its pre-crisis peak level in 2012, though availability will be higher than it was at peak due to the delivery of new product in the early part of the downturn," Prologis said.

Trade is almost 2% above its pre-crisis peak, fueled by rising consumption and record levels of exported goods, Prologis said. Imports in the first half of 2011 were up more than 7% over the same period last year and poised to surpass their prior peak in the second half, driven by growing global consumption and trade.

In the first two quarters of 2011, inventories were up 3.4% over the same period last year, despite slower economic growth and consumption. With U.S. trade and consumption above prior peak levels, inventories will need to grow faster, from unsustainable and near-record lows, in order to keep pace in the second half, Prologis said.

Russ Hall joined PICOR in 1992 after a nine year tenure with Grubb & Ellis. He is a company principal and consistent top producer, specializing in addressing the leasing and sales objectives of project owners and developers, selling of investment properties, assisting users in site selection, and identifying and promoting prime development opportunities.