Let’s make 2012 the breakthrough year for the commencement of a robust redevelopment of Tucson’s downtown. Cities nationwide have found ways to build attractive and functional urban cores. Tucson can, too. There are several obvious reasons why a vibrant downtown is critical to our city. 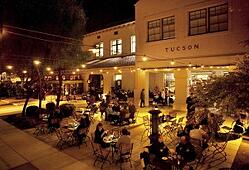 An urban core with a quality mix of residences, retail, offices, arts, culture and history becomes a city’s signature. It becomes a destination for residents and visitors alike. It’s the place to go for dinner at a quality restaurant, followed by entertainment, a night on the town and then walking two blocks to go home. The opposite is what none of us want: abandoned buildings, flight to the burbs and urban decay.

There are many cities with the ideal blend of convention components. Few offer Tucson’s blue skies and warm temperatures the majority of the country seeks out nine months of the year. Tucson should be competing for lots of conventions, but we won’t win many unless we improve our aging Tucson Convention Center and surround it with complementary convention facilities and appropriate lodging, restaurants and entertainment offerings. There are few feelings as good as seeing hundreds of thousands of out-of-state consumers flocking to your city to spend their money and pay local taxes. 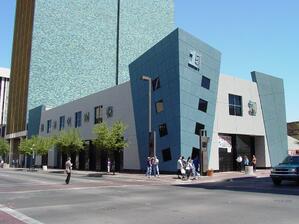 Beautiful cities have beautiful urban skylines. As density increases in well-planned urban cores, the pressure to expand outward from the central area decreases. Without a reason to consider living in the downtown area, residents will look to the horizon.

Transforming our downtown area can be done, but it requires that vision trumps politics. Yes, the Rio Nuevo project was a bomb. Money and opportunity were lost due to a lack of leadership and financial oversight of the funds. Small groups were able to derail the master plan, resulting in project stagnation and embarrassment over our city’s inability to function. The acrimony and fallout over the Rio Nuevo project must be settled. The city and its taxpayers deserve to have the dysfunction of the past replaced by vision and resolve.

There are a number of state-sponsored tax abatement strategies that entice developers to risk their own capital and participate in the downtown master plan. The incentive program most often referenced is the Government Property Lease Excise Tax (GPLET). The City of Tucson must embrace ALL reasonable strategies to spur a coordinated downtown redevelopment effort. Once the City of Tucson adopts incentive tools, the central business district boundary is drawn and your application criteria is confirmed, please champion for the process you create.

Tucson is too smart to make the wrong decision about the future of its downtown. We have so much to gain and too much to lose if we don’t get our downtown act together – and soon.

Michael V. Varney, an executive with extensive chamber, business and marketing experience, brings more than 11 years of chamber experience to increase the Tucson Metro Chamber’s benefits, services and role as a leading business organization. Prior executive positions include president and CEO of the North Las Vegas Chamber of Commerce, vice president of marketing at the Las Vegas Chamber of Commerce and president of Nevada Corporate Headquarters, Inc. Varney serves on the board of the Western Association of Chamber Executives.

The mission of the Tucson Metro Chamber is to promote a strong local economy. The Chamber is a membership-based business advocacy and networking organization that represents more than 1,350 businesses, employing more than 105,000 employees in the Greater Tucson area. Small business makes up approximately 85 percent of Chamber membership, which mirrors the overall Tucson area business community. Visit TucsonChamber.org or call (520) 792-1212 to learn more about the Tucson Metro Chamber.