The Sum of its Parts: PICOR Recognizes 2011 Standouts

Each year, PICOR recognizes standout performances from its team members. These range from the easily measurable and highly competitive production awards to those less tangible awards allowing senior leadership to recognize the little things that result in making a difference for clients and the community.

As a company where industry leadership, community involvement, and creative problem solving are part of the culture, recognizing those efforts that rise above is often a challenge. Following some graphics showing PICOR's position in the marketplace as we entered a new year, you'll find the names of the PICOR team members who were recognized for outstanding achievements and contributions in 2011. 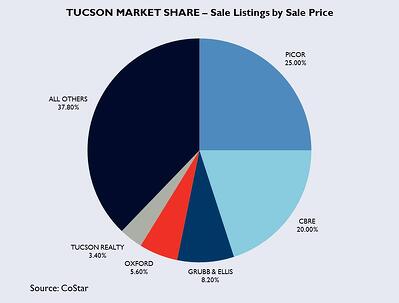 With regard to available space represented for lease, PICOR leads the Tucson market in listings with an overall 27.5% market share. 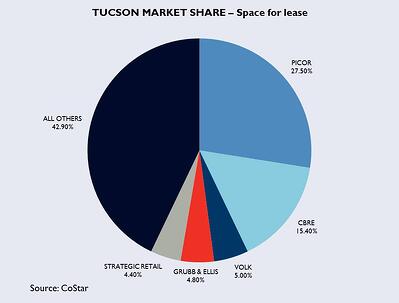 According to Inside Tucson Business February 10th print edition, PICOR maintained its number one rank in commercial property management in the Tucson market, with a portfolio of 4.5 million square feet under management. PICOR has led the Tucson commercial real estate management rankings since 1996 bringing its buying power and local relationships to bear to reduce operating costs for its clients and enhance timely service delivery. 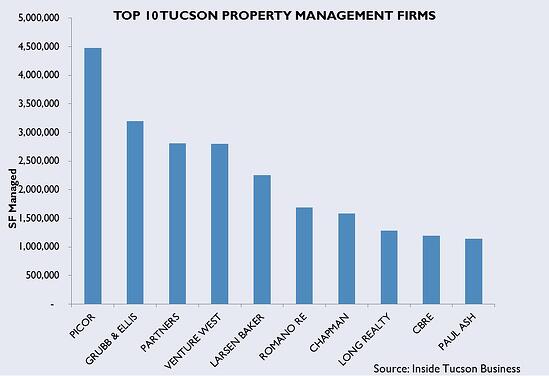 Many others were recognized, notably those whose efforts made it our Charitable Foundation’s most successful year ever, and those who impact the culture of PICOR day in and day out.