The fur is flying anew, and with good reason. Continued research shows that despite decades of good intentions and diversity efforts, women in commercial real estate (and more broadly in business) have not achieved equal access to C-suite positions or equal pay for equal work.

Theories abound as to why: Inherent gender differences, side effects of the Mommy Track, personal decisions to opt out, lack of sponsorship, bias, discrimination, and more.

But why should we care? What's broken, and what is lost when women aren't at the table at every level of commercial real estate organizations? 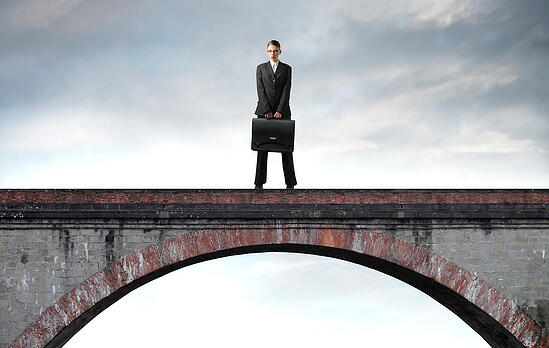 How about financial performance? Would that get your attention? If you're not convinced that diversity and women's voices in leadership matter, read the recent Ferguson Partners/FPL Associates report: Correlating REIT Enterprise Performance and Board Diversity Representation. Ferguson found that over a five-year horizon, firms with female Board members outperformed their peers by a material 3.6% per year. Of all the characteristics considered, female board representation was "far and away the characteristic most likely correlated with performance." Of note from their study, 44% of REIT Boards studied did not have a single female board member.

I was motivated to write this post after tuning in to Howard Kline's CRE Radio show last week.  Women hitting it out of the park in commercial real estate were interviewed on the topic "Can Women Break the Glass Ceiling in Commercial Real Estate?" Faith Hope Consolo and CREW Network presidents Collete English Dixon (2011) and Diane Butler (2012) were among the knowledgeable and passionate participants. Kline's palpable shock during the interview upon learning that pay inequity remains--and exists to such a measurable extent--highlights a misconception that women in the industry have come a long way, baby... Further, it brings to light just how much men (and women) underestimate continued disparities and the cost to individuals, corporations and society.

Will it make a difference?

I believe it already has. At the C-Suite program's kickoff, Cassidy Turley President Joseph Stettinius expressed nothing short of an epiphany, and was very transparent about his past views and future commitments. Further, you will hear in coming weeks and months about specific outcomes of the C-Suite Mentoring program from female difference-makers in the industry.

What can I do?

Women in CRE: Find not just a mentor, but a sponsor. Sponsors, unlike mentors, buy into your success and use their chips to advocate for your advancement. Sponsorship yields quantifiable results in advancement, stretch assignments, and compensation.

Men in CRE: Recognize the value of diverse perspectives at every level of assignment and within your organization. Look for opportunities to invite women to teams, pitches, and boards where they are conspicuously absent.

Male and female CRE leaders: Identify women in your organizations you can mentor or sponsor, and encourage others on your leadership team to do the same. Encourage female brokers, attorneys, accountants, architects, and the like to become active in CREW.

Barbi Reuter, RPA oversees Cushman & Wakefield | PICOR’s operations, research, finance and marketing/social media activities and serves as Associate Broker. One of 13 company Principals, she is active in industry and community leadership, through such organizations as Commercial Real Estate Women (CREW), Greater Tucson Leadership, Arizona Town Hall, and board work for the Tucson Girls Chorus and PICOR Charitable Foundation. She was one of 10 women matched with executive mentors in the inaugural CREW Network/Cassidy Turley "Bridging the C-Suite Gap" program.