The Tucson Office Market (in 90 Seconds)

Is it another quarter of 'more of the same' for Tucson's commercial office market scene? Read on... 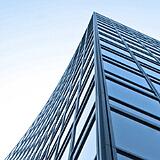 City of Tucson leaders are demonstrating renewed commitment to supporting and fostering a positive business climate in the region. Initiatives eliminate barriers and incentivize economic development, with many triggered by job creation. The municipal investment and focus on economic development is well organized, and the private sector has responded positively.

Healthcare reform has not cut into demand for space, as medical-related practices remained the most active office space users in the third quarter. Broader market activity remained relatively weak, but activity saw a slight uptick, particularly in requirements of 10,000 square feet (sf) and larger. With ongoing competition for those tenants active in the market, landlords were still aggressively jockeying to fill vacancies. Scarcity of capital on the tenant side left building owners funding improvements, moving costs and other concessions.

Marketwide vacancy increased to 12.5% Q3 2012, with negative absorption occurring in class B and C space and the lion’s share of availabilities in the midtown submarket. Direct asking rates ticked down another 1.4% this quarter to $18.31 per square foot (psf), with class A rates steady at an average of $22.88 psf. Quality space could be leased at rates in the high teens per sf.

With scarcity of larger class A floor plates outside of downtown and the Broadway corridor, expect demand for north/Foothills space to be a catalyst for new construction in one of the projects with second phases already designed.