Tucson Retail Market: Just How Good is it?

Arizona job growth outpaced the national rate as the state continued to recover. Statewide improvement in job gains will have a positive effect on all Arizona markets. According to Forbes magazine and Moody’s Analytics, Arizona ranks No. 1 nationally for projected job growth over the next five years, forecasted to increase 3.0% with an annual economic growth of 4.6%. The housing recovery statewide positively impacted construction jobs in both Phoenix and Tucson, with the volume of building permits strengthening. Conventional lending is recovering, and inventory remained below the balance point at 3.5 months, while finished lot supply is scarce. 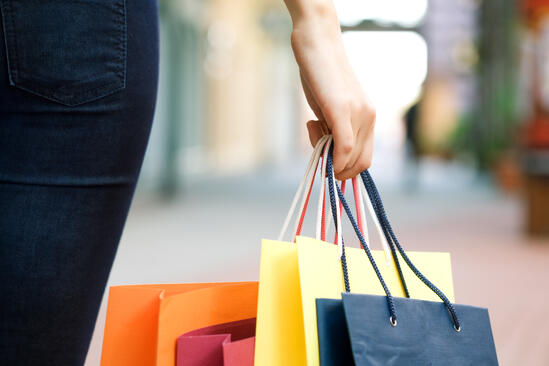 The positive market trend continued for Tucson's retail market for a sixth consecutive quarter, with another 206,176 square feet (sf) of absorption bringing the year’s total to nearly 500,000 sf. With junior anchor space in limited supply in Tucson, competition for these locations was a driver for activity.

Activity occurred throughout various submarkets, with Rue 21 signing at The Tucson Spectrum and active in the market. Also in the southwestern sector, Ross added a unit at the northeast corner of Ajo and 12th Avenue. In addition to its recent store opening in Sahuarita Plaza, Petco signed at River and Craycroft to the north, joining Whole Foods at the updated River Center. In the northwest, a Conn’s, Guitar Center and Massage Envy joined Sprouts, PetsMart and Staples at Marana Marketplace. Arizona Air Time opened in the former PetsMart on Costco Drive, the Oro Valley LA Fitness, signed early this year, opened in the third quarter, and Planet Fitness remained active in the market. Mark-Taylor and Kitchell broke ground on their Oro Valley San Dorado project. LongHorn Steakhouse entered the market, signing on Broadway west of Park Place Mall and demolishing a 1960’s-era strip center for the betterment of the streetscape. Finally, the 70,000-sf Circus Furniture opened its second location at the southeast corner of Golf Links and Harrison.

Quoted lease rates marketwide averaged $14.31 per sf per year and have not moved in over two years. The pendulum may lean slightly in the tenant’s favor, but the Tucson retail lease market is near equilibrium.

Traditional shopping center investment sales decreased, due to a cyclical lack of sale inventory and heavy local ownership. Last December’s push for early closings could have affected demand for the balance of 2013. The largest third quarter investment sale was the local investor purchase of the northeast corner of Broadway and Wilmot for redevelopment. The single-tenant lease market remained strong locally, tracking the national trend. While no dominant trend emerged in the sale market, several owner/user transactions over 5,000 sf showed health in the market.

Moody’s revised its national retail sales forecast up 100 basis points since last quarter’s forecast. Locally, the trend to fuel continued interest in retail investment as well as retailer expansion is expected. Downtown Tucson continues to shine brightly in the market, with forward development occurring in student housing, market rate apartments, hotels, office, retail and restaurant. Bookended by Plaza Centro to the east, Gadsden’s Mercado project to the west, and a rejuvenated Congress St. entertainment district in between, the energy is high.