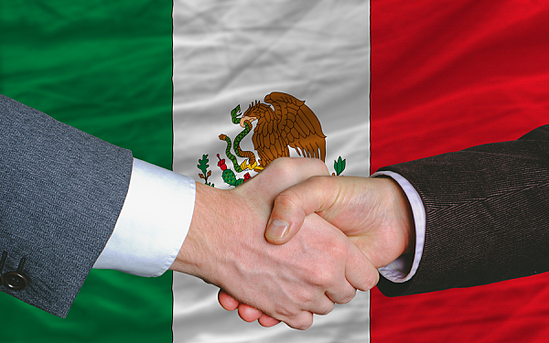 Mexico shares more than 3,000 miles of border with the US. There are a total of 10 Border States (4 states in the USA and 6 states in Mexico). In case you haven’t noticed, in Tucson, we live and commute in the Arizona-Sonora Region.

Sonora is the second largest State in Mexico with more than 2,755,000 people. It has a fast growing and well educated middle class with purchasing power, which, according to the records, bring about one million dollars per day to Pima County.

There is no doubt that Mexico and specifically the State of Sonora is recuperating well after the economic downturn that we all experienced a few years back. During the US Great Recession, there were of course, symptoms that caused Mexico to suffer as well, but honestly it was not as severe and deep as in the US.

Many companies are manufacturing in Mexico and taking advantage of the excellent, well educated workforce as well as cheaper production and operation costs. Companies like Ford Motors and most of its suppliers, Chamberlain, Kimberly Clark, Bosch Securities Systems, Tyco Electronics, BD Medical and more are headquartered in the state of Sonora and we see more coming.

Many indicators contribute to a company’s success. The real estate part is no exception. Mexico is aggressively providing competitive real estate to house worldwide companies.  Sonora, as a border state, is becoming more attractive to companies doing business with the United States. Not only because it has a blessed location (with many ecosystems to enjoy), but because there are important factors those companies consider for their success and their people’s success, such as quality of life, security, young and well skilled workforce, among others.

A couple of great examples happening now in Sonora are the expansion of great worldwide companies.  One in Nogales, this company with thousands of employees has been located in Sonora for more than 40 years. It already occupies about 500,000 square feet of industrial space and growing another 130,000 square feet to launch a new product line. Another company, located in Hermosillo, is expanding their operations and building a new facility close to one million square feet. Others are coming for the first time and still others looking for expansion opportunities.

As in many parts of Arizona, the product that the real estate market is offering is diverse. In general, and depending on which city in Sonora a company is considering to locate, an industrial company can find buildings with functional obsolesce (low ceilings, reduced parking, no sprinkler systems, 7-10% office space) for a lease rate range of $3.50 - $4.75 dollars per square foot per year triple net.

They can also find newer industrial buildings located at industrial parks with features such as modern warehouse improvements (evaporative cooling, high ceilings and 6 inch floors), 7-10% office space, ample parking space, among others for a lease rate range of $5.00-$6.50 dollars per square feet per year triple net.  Some of these buildings may not have a sprinkler system, but one can be added for an additional $1.50-$1.75 dollars per square foot per year.

Lastly there are the build-to-suit options, created according to the specifications of the company. On this option, the lease rate range will depend on different factors. For instance: the city a company is choosing for location. Border cities are slightly more costly because the cost to prepare the land for construction is higher. Also, the State Government gives more cost savings incentives to a company locating outside of the border. Another factor is the specification of the building itself (nowadays worldwide risk management, security and safety standards are requesting more sophisticated infrastructures). One more factor is lease commitment, the longer the lease the best rate a company can get (typically for a build to suit a seven to ten year lease commitment is very common). All these factors plus some others considered on a case by case basis can bring a lease rate up to $7-$8.50 dollars per square foot per year.

Even with all that, corporate decision makers from all over the world are still looking into Sonora and considering this area for expansion opportunities and to start new operations. The real estate portion is a cost of doing business and overall it continues to be financially attractive, making sense for companies to do business in Mexico, especially in Sonora, as a border state.

In conclusion, there is no doubt that great things are happening in the real estate arena in Mexico and the State of Sonora. Bottom line is that Arizona needs to pay attention to the opportunities arising from this recovery and do something to get its share.

Denisse Angulo's affiliation with C&W | PICOR began with an internship with the University of Arizona in 2005. She is originally from Sonora, Mexico. Her career started at C&W | PICOR as a coordinator of the Alpha Group, where she focused her efforts in the industrial market in Southern Arizona and Sonora, Mexico. She is currently a regional marketing specialist helping companies and owners on both sides of the border by providing commercial real estate services in both English and Spanish. She can be reached at 520.546.2736 or via email at dangulo@picor.com.