Despite fewer shopping days in the critical holiday season, retail spending was up 3.5% nationally, aided by deep discounts by retailers. In the Tucson housing market, residential sales volume and median prices ended the year higher (14.0% and 7.1%, respectively), as positive recovery continued. 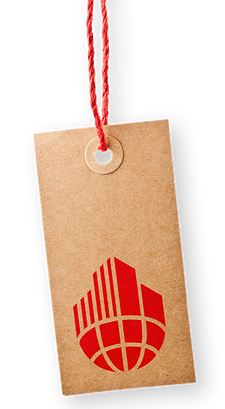 On the strongest annual net absorption since 2008 (728,000 sf), the Tucson retail market improved to 7.1% vacancy at year-end 2013, versus 7.9% a year before. Some submarkets continued to fare better than others, with Southeast Tucson posting the lowest vacancy (3.2%) and North/Oro Valley with the highest vacancy rate (10.4%).

Lease rates appear to have bottomed out, with average asking rates citywide at $14.32 psf/year, essentially unchanged from the previous quarter and in familiar territory for two years. Deliveries for the year totaled almost 400,000 sf, the highest level of development Tucson has seen in four years. New construction was driven primarily by tenant activity, rather than speculative development. At year end, 137,505 sf was under construction, all in the south and southeast submarkets.

The largest lease signings of the fourth quarter included Floor & Decor’s 59,641 sf lease of Broadway Boulevard space that had been on the market for several years, Conn’s 40,091 sf in new construction, and Denim & Diamonds night club lease of 11,800 sf in Williams Centre in the Park Place Mall trade area.

The largest investment sales of the year were led by Rillito Crossing Marketplace, trading for $16.9 million or $183 per sf, and the $6.2 million sale of Wilmot Plaza to a local owner for redevelopment at a price of $52.45 per sf. Continued demand was notable for affordable triple-net leased investments and multi-tenant centers.

The National Restaurant Association forecasts Arizona’s restaurant sales growth will lead the nation in 2014. Local household income is predicted to increase 4.0% this year along with a 0.8 percentage point decline in Tucson’s unemployment rate. Following a strong 2013 when 25 new businesses opened downtown, look for continued growth in traffic and energy in the city’s growing central business district. The Tucson Modern Streetcar rolls out to the public later in 2014.