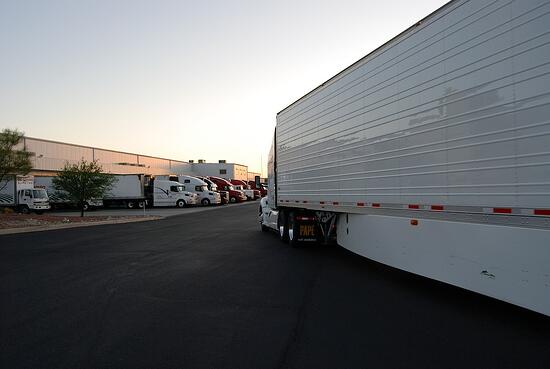 Nohe Garcia, the owner of the La Loma Grande Industrial Park, has been developing property for commercial development.  “Within the past 10 months, there is now demand that did not exist before for Nogales warehouse space,” he says. Garcia is finishing nine lots with infrastructure on 215 acres of his industrially zoned property. He says an ever-increasing number of inquiries are directed his way from multi-national corporations that are interested in the 30 warehouses he plans to either build or have built—each with 90,000 – 100,000 square feet.

Nogales’ commercial Realtors® and their associations are likewise taking action to address the current and future need for warehouse space.

Denisse Angulo-Badilla, International Commercial Specialist with Cushman & Wakefield | PICOR, is an expert in commercial real estate trends in southern Arizona and Sonora, Mexico. In the past six months, more companies have approached her than in her previous eight years with the company. “Nogales is a hot market,” she observes, where industry is especially looking for space in the range of 5,000 – 50,000 square feet.

Kathi Campana, President of the Santa Cruz Board of Realtors® and Yvette Palmer of Agave Premier Properties and Region 5 Vice President of Arizona Association of Realtors®, also report increased demand.  Palmer reports that she, along with the southern Arizona Realtor® Associations, have been working for the past two years to share and standardize information on logistics and industrial property in the trade corridor of Southern Arizona.

A 27-acre light industrial site is currently for sale and immediately east of and adjacent to the Mariposa Port of Entry.  Dave Parker of Ephraim Canyon Properties worked in conjunction with the Port improvements moving approximately 600,000 cubic yards of earth to level a significant portion of this 27-acre property.  Adjacent to Parker’s property is an additional 85-acre parcel which extends to along the border east to Interstate 19.  Together these two properties consist of 113 acres and are uniquely situated as contiguous property between the Port and Interstate 19 and both are for sale. These property owners are also currently involved with an overall commercial development plan which includes an additional adjacent 90 acres.

Several organizations in Nogales, Ariz. are connecting local Realtors® and developers to prospective commercial and industrial industry. “Through the Nogales-Santa Cruz Economic Development Foundation and the Greater Nogales-Santa Cruz Count Port Authority, we are positioned to provide assistance to industries looking to find property and commercial space in Nogales, Arizona as a place to do international trade and to benefit from use of our Foreign Trade Zone,” says Nils Urman, representing Nogales Community Development. Urman is also a member of the City of Nogales’ economic development and tourism advisory board and a board member of the Greater Nogales-Santa Cruz County Economic Development Foundation.

“With the increase in Mexican maquilas due to the 'nearshoring' trends to move operations from China to Mexico – which in Nogales, Sonora now employs about 34,000 people and includes more than 100 plants -- we are becoming a “logistics cluster” to support our port of entry. We as a public-private partnership are positioned to support the growing international trade industry in our region.” Urman says.

The Nogales U.S Customs Brokers Association is comprised of 16 U.S. Customs Brokerage firms assisting importers and exporters in meeting Federal requirements governing imports and exports to and from the United States. Brokers work closely with U.S. Customs and Border Protection, the U.S. Food and Drug Administration and the U.S. Department of Agriculture in the handling of entry procedures, admissibility requirements, classification, valuation, and the rates of duty and applicable taxes and fees for the imported merchandise of their perspective clients. The NCBA is very involved in the community, supporting numerous non-profit groups and organizations. It also champions trade and industry organizations supporting the region.