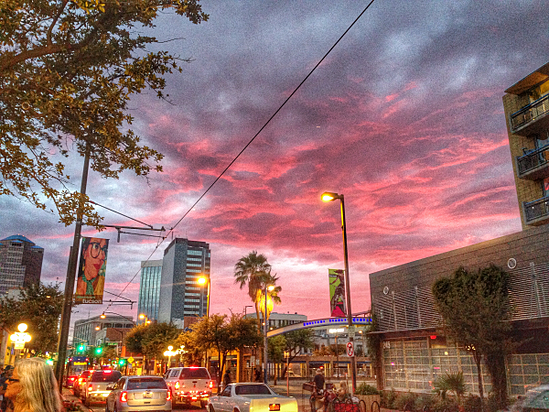 In the years since the publishing of Edge City: Life on the New Frontier (Joel Garreau 1991), many things have changed. Garreau observed that downtowns were in significant decline, in 1991, and that cities were increasingly suburban in type and style. At the time of publication, Garreau made the valid observation that the modern city was, essentially, and expanding ring of urbanization that featured multi-nodal commercial service centers typically arranged around freeway interchanges. Office, retail, and governmental services were scaling down and decentralizing at that time. The years since the Great Recession have created an entirely different impetus and direction in modern urbanization and real estate development.

Increasingly, more focus is now placed on our downtowns and central, core, areas. Some of the influences that are now changing the way our cities grow are the changing lifestyle and workplace preferences of modern America, the rising cost of energy and transportation, and the new conservativism of retail site selection.

Richard Florida (The Rise of the Creative Class, Cities and the Creative Class, and The Flight of the Creative Class)  posited as early as 2002 that our cities would be transformed in the post-Industrial age. As information surpasses industry in terms of economic importance, the needs and desires of our workforce are bound to change. In previous generations, our work was largely linked to massive factories that were immobile and unlikely to change or relocate. In today’s workplace, information is much more important than industrial production. Ideas and intellectual property are, by their nature, footloose and mobile.

In the past, we built suburban and ex-urban “bedroom communities” to serve our working force which was largely employed in our suburban industrial developments. As automation and off-shoring take over more and more of our physical production requirements, more of our workforce is found in the “Creative Class.” Currently 30% of the US workforce (40 million workers) is found in this broad category of science, engineering, education, computer programming, healthcare, and other knowledge-based occupations. The Creative Class typically works in collaborative office environments that need to be scaleable and easily relocated as economic conditions demand. Heavy machinery and significant architectural requirements are less important in the modern American workplace and thereby the workspace is much more fluid and mobile. Given the option of working in the suburbs or working within the urban core, increasingly companies are finding that their employees prefer to eschew the suburbs and work in areas that are more “walkable” and interesting than the relatively sterile suburban environments that they were raised in.

“Drive until you qualify” no longer qualifies

The influence of energy costs and the need to limit our consumption of non-renewable resources cannot be over emphasized. Historically, the phrase “drive until you qualify” was a tongue-in-cheek way to describe a home buying process wherein the buyer qualified for a certain amount of money and then drove out into the suburbs until they got far enough out of town, that the home prices were low enough to afford. In the past, when gas prices were low, this axiom applied. The suburbanite paid in time for their commute what they could not afford to pay in actual money. Now with the increasingly variable, but generally high cost of gasoline, that same trade-off no longer applies. An average American that travels 12,000-15,000 miles per year, now spends approximately $2,912 per year for gasoline. This is the highest estimated percentage of household income spent on gasoline in three decades (US Energy Information Agency). 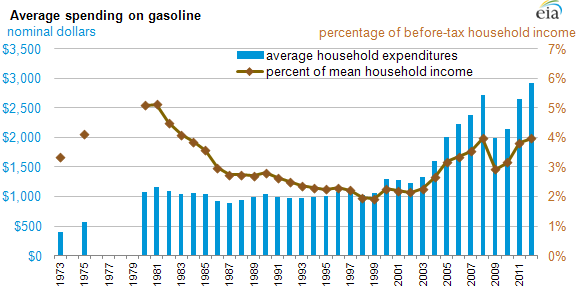 This expense is a major factor in the modern American household budget. While, in the past, the increased commuting time was an inconvenience, it is now a major household expense. This statistic does not take into account the considerable additional costs of maintenance and wear and tear on family vehicles which only increases the disincentive to migrate to the suburbs.

Much has changed since the last real estate “boom” and the subsequent Great Recession. In the past, site location was determined by the operations staff of most retailers. Site tours frequently involved properties that were not yet built. Promises of rooftops coming in the future and consumers greedily flocking to suburban retail environments were typically all that was required to make major chains commit to projects. Now the retail site location process is much more formulaic. Operations personnel are less trusted in location decisions and the decision to open new stores is being made in a “desktop underwriting” environment. Much like the residential mortgage underwriting process, the retail underwriting process is now a question of “checking off the boxes.”

Probably the most important “box” to check in this process is population density. For many retailers, a density of 100,000 consumers within a 3-mile radius is an absolute requirement. Drive time demographicss, gap analysis, and other traditional ways to explain suburban and ex-urban retail demand are often summarily discounted by retail site selection committees. If it doesn’t “pencil out” by the rigorous parameters set forth in their standards, the site is simply not approved. This density requirement has caused an economic self-fulfilling prophecy. The only retail sites that are approved are the ones that are absolutely guaranteed to be successful. The tolerance for risk, something that is inherent in retail site selection, is now mostly absent. Core, heavily urbanized, and dense population environments are the only areas that receive attention by the “best in class” retailers which ironically increases the demand for these retailing environments.

The new ideal in retailing is very different than it has been in the past half century. Retailers are increasingly looking at urban, dense, and walkable environments. As suburban expansion ebbs, urban redevelopment now flows. Neighborhoods that were neglected in the past are now attracting consumers and retailers that previously held no interest. The Edge City model that involved high property values at the evolving edge of our cities is now being changed. The high values in today’s modern American cities are now found in the core.

Rob Tomlinson is a Principal and Retail Specialist with with Cushman & Wakefield | PICOR celebrating 10 years with the firm. Experience with assemblages, coupled with education in Urban Geography, Site Analysis, and Land Use Planning, has helped him to add value to challenging sites. A CCIM Candidate and International Council of Shopping Centers (ICSC) member, Rob has countless hours on land use commissions and committees and public/private development efforts.