Posted on April 14, 2015 (April 14, 2015) by Barbi Reuter
PHOENIX - Governor Doug Ducey has appointed Michael S. Hammond to the State Transportation Board, representing the Pima County region in the planning and development of Arizona’s transportation network.

The seven members of the State Transportation Board serve six-year terms while representing local communities throughout Arizona to prioritize transportation needs, projects and funding. 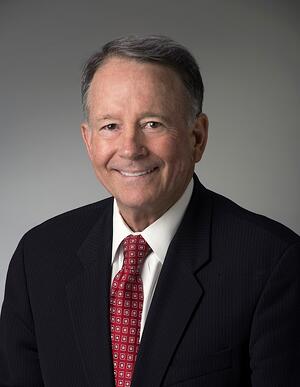 “As someone who has lived in Southern Arizona for 39 years and traveled extensively throughout our state and the state of Sonora, Mexico, both for pleasure and business, I have a keen appreciation of our transportation infrastructure and its importance in adding to our quality of life, not to mention driving economic development and job growth,” Hammond said. “It is a privilege and an honor to have a voice in the future infrastructure investments made by the state of Arizona.”

His appointment requires confirmation by the Arizona State Senate. Hammond is expected to attend his first board meeting April 17 in Phoenix.

Hammond has been in commercial real estate since 1978 and is president, founder and managing shareholder of Cushman & Wakefield|PICOR, an independent commercial real estate brokerage and management firm based in Southern Arizona. In 2002, with his background in industrial real estate and interest in regional economic development, he began focusing on the border region and, more specifically, the state of Sonora, Mexico.

Hammond received “Tucson Man of the Year” honors from Greater Tucson Leadership in 2013. He is a member of various local, regional and national organizations, including the Arizona District Export Council, the Business Development Finance Corporation, Southern Arizona Leadership Council and Tucson Regional Economic Opportunities. He is a full member of the Urban Land Institute, and serves on the Urban Land Institute State of Arizona Steering Committee.

Hammond is a graduate of the University of Washington in Seattle.

About the State Transportation Board