Ever wish you had a crystal ball to inform your next commercial real estate move? In our latest edition of #CRE Coffee Breaks, we do the next best thing, inviting insights from an internationally respected retail industry futurist, Doug Stephens. Doug paints a future that shakes up traditional thinking, with regard to shopping centers vs. e-commerce, innovation and consumer expectations, among others. Read on... 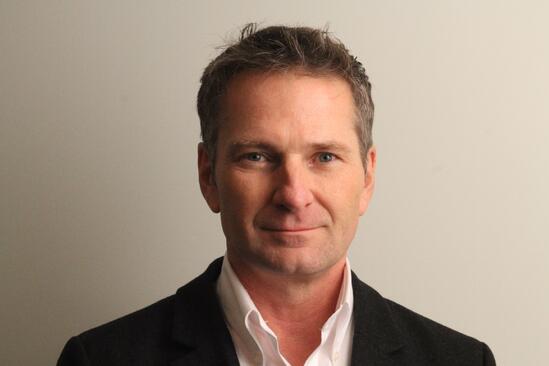 What consumer trends in 2015 should be on the radar of commercial real estate professionals?

In my opinion, the one over-arching phenomenon that all CRE professionals need to internalize is that, as consumers, our collective psyche is being dramatically re-calibrated by our online experiences, which in turn is forever altering our expectations of physical experiences - especially when we're shopping. Consumers live with the pervasive belief (and rightly so) that whatever they want is only two clicks away and can be on their doorstep tomorrow. This is only going to escalate.

The result will be a continued blurring of the lines between physical and digital retail.  Expect continued growth in services like click and collect (ordering online and picking up in store) and endless aisle, (ordering in-store for home delivery).  tores, in essence, will become a hybrid between showrooms and distribution hubs. The flip side is that we'll also see more online pure-plays coming offline and opening physical manifestations of their brands. These locations though, will act much less like conventional stores and more as living advertisements for the brand.  They will be more aimed at communicating a lifestyle, whetting the shopper's appetite for their products and then driving that  interest to their full online offering.

Perhaps most importantly, the web has also conditioned consumers to expect a revolving door of variety and selection. Consequently, shopping centers are going to have to consider how they can continually offer shoppers new products, brands and experiences. Having the same 100 tenants for 5 straight years simply won't cut it anymore.

How do secondary and tertiary markets best compete for retailer attention?

It's going to be increasingly difficult for them to do so.  Population growth, investment, wealth and development in the United States is more and more concentrated in a handful of key markets. However, those secondary and tertiary markets that do win retailers will have to do so by offering destinations that are so truly remarkable that they pull from a wide geography.  The days of bringing in a department store as anchor and expecting retailers to beat a path to your door are over.  Now, the center itself has to be the anchor. And that can only be achieved with an exquisitely curated mix of food, entertainment, shopping and even housing.

What advice would you offer owners and marketers of bricks and mortar space in the battle for sales versus e-commerce providers?

In the short-term, owners ought not to look at e-commerce as the enemy.  If properly approached and executed, ecommerce offerings within the center itself can actually be complementary to the brick and mortar experience, adding surprise and delight for shoppers and additional revenue opportunities for retailers.

In the longer term however, shopping center owners will have little choice but to gravitate to a new revenue structure with their tenants.  Percent-rent will become a failing model as sales in physical stores continue to give way to ecommerce.  I estimate that by 2025, upwards of 30% of all retail will be transacted online. That said, store experiences remain an important aspect of the consumer shopping journey.  There's an experiential value in going to a store to see, try and play with products - regardless of whether they're eventually bought online or not.

Therefore, over the next 5 to 10 years, I see the economic model of retail moving to something that looks more like media buying than the current wholesale-retail sales model.  Suppliers will pay retailers something akin to an advertising card-rate to create positive consumer experiences around their products in-store.  It won't matter where the consumer eventually buys the product, so long as the experience inspires them to do so.  Similarly, rather than pay rent based on a percentage of sales, Retailers will pay shopping center owners based on their  proven ability bring a verifiable volume of shoppers to their centers.

In an ‘innovate or die’ environment, CRE seems to be late to the party, though significant investment is occurring in CRE tech innovation today. What innovation imperatives can guide our industry to think and act with more foresight?

The biggest trap companies and even entire industries fall into is one of vertical benchmarking - meaning they compare themselves with players in their own industry.  This rarely leads to any meaningful innovation. They need to think and innovate like outsiders. Uber, for example, is disrupting the transportation industry because they approached transportation as a technology company - not as a transportation company.  Similarly, CRE professionals should be searching outside their categories for unique and translatable innovations.

Secondly, if you're attempting to innovate with the most senior people in your organization, you'll likely fail. Leaders can be valuable for outlining the strategic sandbox for innovation to take place in but regrettably, many aren't tremendously innovative themselves.  Frankly, this shouldn't come as a surprise. Very few people work their way up to senior positions by disrupting, questioning or challenging the status quo.  But these are precisely the behaviors required to develop truly innovative ideas. So, don't defer innovation to the most senior people in the organization but rather to the most creative ones.

Your book, The Retail Revival, ties together many of these themes and gives retail practitioners a crystal ball to be more effective in the future. What teaser would you offer those involved in advancing the success of retail real estate, shopping centers and malls?

We've come to the end of an era in retail so it's an appropriate time to stop thinking of retail as being about malls, shopping centers and stores. We don't need to be chained to those conventions and formats anymore. Think more abstractly in terms of places, spaces, moments and memories. The world doesn't need another mall but it certainly needs more remarkable places filled with intriguing spaces, producing remarkable moments, that result in lasting memories. If you can design, build and manage properties that achieve these things, you'll own the new era.

Editor's note: I first "met" Doug on Twitter, where we has earned over 16,000 followers. We have been exchanging information and ideas and sharing content for several years. Take note of the power of social media to allow meaningful and lasting business connections... If you'd like to join the #CRE conversation on Twitter, lift a mug remotely with our commercial real estate coffee-loving friends around the globe via the hashtag #crejavaclub. Join us any time - no hazing or dues required...

Doug Stephens is one of the world’s foremost retail industry futurists. His intellectual work and thinking have influenced many of the world’s best-known retailers, agencies and brands including Walmart, Home Depot, Disney, BMW, Citibank, eBay, Intel and WestJet.  Doug is also listed as one of retail’s top global influencers by Vend.com.

Prior to founding Retail Prophet, Doug spent over 20 years in the retail industry, holding senior international roles including the leadership of one of New York City’s most historic retail chains.

Doug is the author of the groundbreaking book, The Retail Revival: Re-Imagining Business for the New Age of Consumerism. He is also the consumer technology contributor on the acclaimed international television series App Central, as well as the syndicated retail columnist for CBC Radio. Doug also co-hosts the popular web series, The Future In Store and sits on the advisory board of the Dx3 Digital Conference.

His unique perspectives on retailing, business and consumer behavior have been featured in many of the world’s leading publications and media outlets including The New York Times, The BBC, Bloomberg Business News, TechCrunch, The Financial Times, The Wall Street Journal and Fast Company.