The vacancy rate for stabilized units increased by 0.60% from the previous quarter, while improving 0.96% from one year ago to 6.87%. The lowest vacancy of 5.09% was reported in the Catalina Foothills submarket. Twelve of Tucson’s fifteen submarkets experienced an increase in vacancy. The greatest vacancy increase occurred in Southeast Tucson (+5.06%). The two submarkets that recorded an improvement in vacancy were Pantano/Lakeside (-0.19%) and East Tucson (-0.06). Absorption decreased by 75 units in fourth quarter 2016. 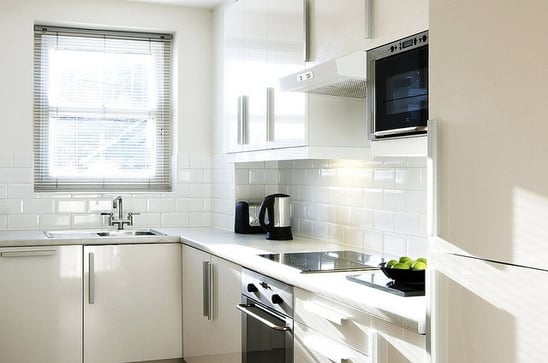 The average monthly rent without utilities in Metropolitan Tucson was $688 per unit or $0.93 per square foot. This represented a $4.00 (0.58%) increase from last quarter. Three of the fifteen submarkets averaged rents greater than $800 during the fourth quarter including Oro Valley/Catalina ($949), Northeast Tucson ($887), and Northwest Tucson ($840). The lowest average rents were reported in Southeast Tucson and South Tucson/Airport with rents of $528 and $544, respectively.

After dropping to a new low of 1.36% in early July 2016, the 10-year Treasury rate climbed to 2.64% on December 16, 2016, while the Fed also raised its short-term funds rate 25 basis points establishing a new target of 0.50% - 0.75%.  Expectations are that the Fed will implement two to three rate hikes during 2017 which will increase the fed funds target rate another 50-75 basis points.  At the long-end of the yield curve, rates have retreated somewhat since their year-end highs with the 10-year Treasury closing at 2.38% on January 11, 2017. A trend of modestly rising long-term rates is anticipated for the foreseeable future.  Overall, the outlook on interest rates can best be summarized by the following excerpt from Wells Fargo Securities 2017 Annual Economic Outlook:

Our expectation is that at the short-end of the curve the Fed will follow the current dot-plot projections for 2017. Meanwhile, the long-end of the curve will also move up modestly as inflation expectations are confirmed by rising actual inflation and stronger economic growth and therefore a shift away from risk avoidance buying of Treasury debt toward greater investor interest in corporate debt and equity shares.

The unemployment rate in Arizona improved a full percentage point in 2016, with education and health services as the strongest sectors. Specific to Tucson, job growth was accelerating, with 5,300 net new jobs in 2016, and a projected 7,100 in 2017, and 7,600 in 2018, according to Eller’s George Hammond. The U. S. economy’s growth rate positively impacted Arizona, as increased mobility is expected to translate to population growth. Statewide housing prices rose 6.7% in 2016, exceeding the national growth rate of 6.1%. Bankruptcies were down 10.5% over the previous year, another positive sign, and consumer sentiment held at cyclical highs.

The outlook for 2017 continues to be optimistic. Investor interest will grow in Tucson with the continued positive job growth trends. A slow-down in velocity is expected as interest rates rise. A spread between interest rates and cap rates for investors will provide for achievement of their desired cash-on-cash returns. As interest rates increase, the cap rates will follow. Attractive financing for smaller properties remains challenging locally, while competitive rates are more likely for larger properties. Tucson continues to be a seller’s market, and many owners are preparing for disposition with fear of rising interest rates and uncertainty surrounding the new administration’s fiscal policies.

Thanks to Kirk Olson, Wells Fargo Tucson, for the lending perspective in this report.