Mexico´s economic growth did not reach what was expected due to falling oil prices; however, it showed a recovery in the services sector and an increase in foreign direct investment which led to the creation of new jobs and economic growth in different cities. Within Latin America, Mexico is still considered a very attractive location for investment.

With regard to the commercial real estate market, Mexico has continued to receive strong capital investment, both foreign and domestic, being in a stage of expansion, which is expected to continue over the coming years, ensuring growth for the real estate sector and broader economy. 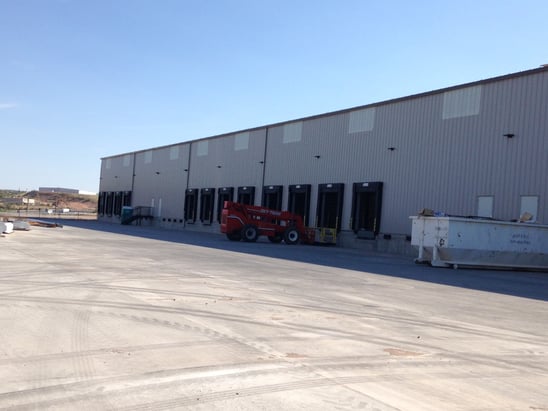 According to the Maquila Portal Newsletter, several large international companies are focused on site selection and even expansion in Mexico, including using existing facilities and built-to-suit options. For instance, Ford announced a new investment in San Luis Potosi; Tremec to invest in Queretaro; KIA suppliers started operations in Nuevo Leon; Toyoda Gosei inaugurated a new plant in Guanajuato; Toyota to build an industrial park in Queretaro and Guanajuato; Coahuila showing the market to Swedish companies; BMW started to build new facilities in San Luis Potosi; an Audi park to start operations with eight suppliers in Puebla; Whirlpool to expand Nuevo Leon´s production; Bosch to invest in a new plant in Queretaro, and the list continues.

Since 2011, the creation of real estate investment instruments called FIBRAS entered the industry to give more formality to the real estate market, providing an alternative investment mechanism. They are becoming more popular every year.

By the entrance of new projects, availability rates are expected to rise and closing prices to present a downward adjustment. The market activity and absorption are expected to continue to show dynamism keeping the market in a period of expansion. This occurrence would positively influence the Mexican real estate market.

For the next few years it is expected to see an increase in inventory accompanied by an increase in absorption, mainly driven by the entry of new companies into the country derived from the reform package approved by the Mexican government (energy reform, labor reform, finance reform, among others).

Mexico continues with the planning and construction of mixed-use projects, combining office and retail space along with housing.

Mexico has been evolving in recent years, creating a more favorable business environment for international and national investors. According to a recent study, Mexico is among the Top 20 countries ready for Foreign Direct Investment.

Closer to home, the Arizona-Sonora region has been growing in cooperation in an effort to increase business within the region. Numerous organizations, like chambers of commerce, government departments, and bi-national institutions like the Arizona-Mexico Commission are working both sides of the border to help companies reach their highest potential while doing business abroad but also within the region.

There is no doubt that these efforts will make an impact in the real estate market in our region and who knows if we are now seeing part of that positive impact. For instance, for a long time we haven´t seen speculative buildings going up in the Nogales area but now, there are currently 200,000 square feet and 100,000 square feet industrial buildings under construction. There is also a 95,000 square foot industrial building nearing completion and awaiting a tenant. Then, on the other side of the border, in Nogales Sonora, at least five class-A industrial buildings above 100,000 square feet are available for lease. Is it a sign of the times? Is it a result of the bi-national efforts? Who knows but it is surely better to be prepared and ready with product to offer than to miss opportunities. We all want more economic growth in our own backyard, then, we all do our part to attract the companies that will offer the quality jobs to our employment base.

Denisse Angulo is Regional Strategy Director at Cushman & Wakefield | PICOR. She started at the firm in January 2005 as an intern with the University of Arizona. She hails from Sonora, Mexico. Her career started at PICOR as coordinator of the Alpha Group, where she focused her efforts in the industrial market in Southern Arizona and Sonora, Mexico. She works with companies and owners on both sides of the border by providing commercial real estate services in both English and Spanish. She can be reached at dangulo@picor.com.