Home / A New Stage in the Evolution of Retail: TREND Report

A New Stage in the Evolution of Retail: TREND Report

The retail sector has always been a dynamic arena of flux and of change. As our society and our culture has evolved and progressed, so has retail. The process of selling and the delivery of consumer goods has throughout history always progressed in order to keep pace with changes in transportation, technology, demographic shifts, and the resultant changes in consumer preferences. Today’s media is full of news of bankruptcies and store closures while simultaneously reporting year over year increased retail sales. While this may seem like a daunting and dangerous business environment this is business as usual for retailers and the industries that serve them. Retailing has always been a business and science that is constantly evolving. The current state of retailing is another evolution and stage of growth that will, inevitably, lead to the next stage of growth. 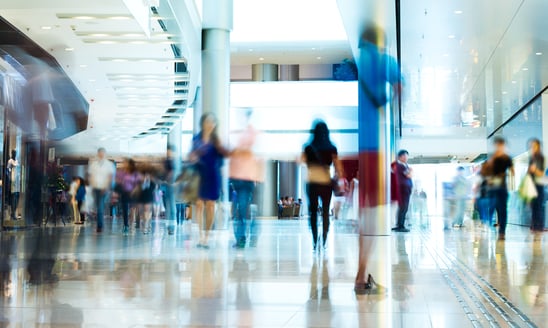 Early 1900s- During this phase of retail, each product type had its own retailer and its own type of store. A consumer would travel from the baker to the grocer to the butcher to the dairy. Hardware, clothing, soft goods and other products each had their own shops.

1960s-1980s- With the advent of the automobile, America experienced massive suburban expansion. As always, “retail follows rooftops” and during this era retail dislocated from our downtown urban cores and followed consumers to the suburbs in the form of shopping malls. Earlier malls incorporated grocery functions but as the grocers were “outbid” for space by department stores, grocers located in suburban grocery-anchored shopping centers.

1990s-2000s- During this period of retail evolution, larger format stores specializing in certain types of retail goods such as soft goods, books, office supplies, electronics, sporting goods and other retail categories emerged and formed Power Centers anchored by massive superstores such as Walmart, Home Depot, Target and others supported by these category killing retail formats. Department stores with their smaller departmental retail offerings were vulnerable to the pressure placed upon them by these new specialized retailers. By 2006, prior to the Recession and any significant incursion by Internet retail, only two building permits for internally circulated shopping malls were granted in the United States and in 2007 there were no new shopping malls built in the United States since the 1950s (Smithsonian Magazine 11/25/2014).

What is Happening in Retail Now?

Today’s retail environment is now being transformed by several disruptive influences; the chief of which are changing socio-cultural expectations and technology. These influences are compelling the next stage of retail evolution and we are now witness to another significant metamorphosis in retail. These changes are fueling the increases in retail sales that we have seen over the past decade and promise to transform our old retail form and model into something more aligned with consumer wants and expectations.

Social Changes Societal expectations and our cultural paradigms have changed. Millennials are postponing family formation and childbirth to a level never before experienced in history. According to the 2020 Pew Research Center publication Social and Demographic Trends “In 1968, the typical American woman first married at age 21 and the typical American man first wed at 23. Today, those figures have climbed to 28 for women and 30 for men.” This consequent delay in childbirth and family formation has resulted in diminished demand for retail goods at all levels. Declining retail demand has created strain on many retailers and reduced demand for retail real estate. As family formation turns from dream to reality for the Millennial generation, so too will consumer demand for retail goods expand.

Technology All Americans understand the influence and effect upon traditional retailing models caused by the increased effectiveness and popularity of internet based retail. Virtually any conceivable good or service is available from the comfort and convenience of the consumer’s home. Often, these products can be delivered to the purchaser’s front door within one day. While this new disruption may seem to portend an end to physical retail, the fact of the matter is that early signs indicate that it is not. There is a relationship between “bricks’n mortar” real estate and internet retail that is not yet fully understood. Brent Franson, CEO of Euclid Retail Analytics wrote “Closing a store almost always harms e-commerce performance in that trade area, just as adding a brick and mortar location tends to grow online sales in the geography served by a new outlet.” (Forbes 1/30/2018)

What is Ahead for Retail?

Retail real estate is undergoing another fundamental transformation and is evolving to meet the socio-economic requirements of a new generation. This transformation is being augmented by massive changes in technology and supply chain solutions that result in new levels of consumer fulfillment. As seen from above, these transformations have historically occurred in the 20-25 year time span. Just as department stores, grocery stores, and (later) shopping malls dislocated urban core retailers in the mid and later periods of the last century, technology and internet consumerism is challenging our traditional retail models. Per Franson’s comments in Forbes, the need for the environmental (versus the online) consumer experience continues to be critical in the retail sales process. If that balance has not already been set, it will be set soon. In the resultant real estate environment there will be tremendous opportunity for creativity and innovation as we work into this next retail evolution.

Rob Tomlinson has been an active Tucson commercial real estate broker since 1996. As a retail specialist, he is focused on the needs of landlords and tenants. Rob has worked on a wide variety of commercial projects and has valuable insight on the dynamics of the site selection process. His experience in assemblages coupled with his education in Urban Geography, Site Analysis, and Land Use Planning has helped him to add value to challenging sites. Rob's participation on land use commissions and committees gives him a wealth of experience in the development process. He can be reached at rtomlinson@picor.com.