The average monthly gross rent (without utilities) increased $5 (0.75%) to $674 per unit or $0.91 per square foot for the second quarter. The overall economic market has been improving in Tucson and notable optimism has spread throughout many of the owners, investors and property management companies. The tone of the conversations is increasingly positive and encouraging. Financials for most apartment owners have improved over the last few years, and many Tucson investors are now completing capital improvement projects that had previously been neglected, such as roofing, asphalt, and unit renovations. Cushman & Wakefield | PICOR expects to record continued slow growth continue over the next few years. 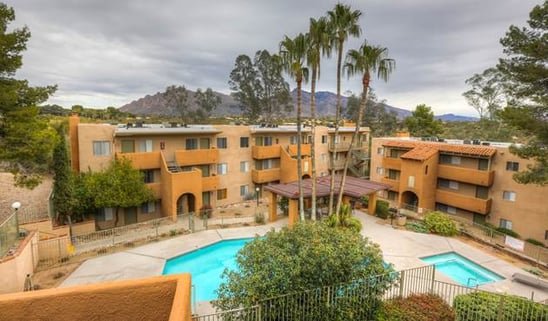 Preliminary BLS data reported that Metro Tucson added 15,636 jobs year-over-year through May 2016, with total employment of 455,312 and an unemployment rate of 5.0%. With recent high-quality jobs announcements and expansion by current employers, the forecast is for continued improvement.

Investor activity remained extremely high in the Tucson marketplace. Properties that came to market priced correctly traded within weeks, while overpriced properties saw no movement. The average time on market for Cushman & Wakefield | PICOR’s  11 multifamily transactions through mid-year was just over three weeks. Lending continues to be strong for the A and B product, both locally and nationally. The C product has been very difficult obtaining attractive financing unless there is strong historical financials.