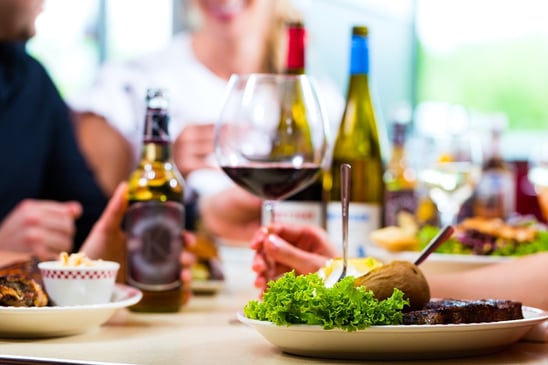 The top leases, highlighted in a table on the full report were led by Midtown Mercantile Merchants, a 29,211-square-foot (sf) C&W | PICOR transaction. Expansion of eateries, led by quick-service restaurants, remained the strongest market driver, with medical uses a close second. New openings included El Pollo Loco and Krispy Kreme near Broadway/ Craycroft, Taco Bell at Houghton/Old Vail, Chick-Fil-A at Kolb/Grant, and MOD Pizza and Smashburger in the northwest. By this writing, Charro Steak, Batch, and Elvira’s opened in downtown Tucson. In the medical retailing trend, C&W | PICOR leased the former Hollywood Video location at Broadway/Houghton to TMC One for clinic space.

Grocery activity included the reopening of two Safeway/Albertson’s stores reclaimed from the Haggen’s bankruptcy: Broadway/Harrison and Speedway/Silverbell. Natural Grocers is under construction at River/ Craycroft, to be accompanied by a second Tucson Kneaders Bakery. Walmart’s expansion at Speedway/Kolb demonstrated the challenges of infill expansion and the post-recessionary trend of movement into higher density sites.

The forthcoming closure of three Sports Authority stores, part of the national liquidation, is symptomatic of challenges faced by mid-level retailers in a barbell market where high-end and discounters prevail.

Sales activity in Q1 included 24 sales, 13 of which traded hands over $1 million. At $34.6 million, quarterly sales volume was below the pace for the prior eight quarters, while the average sale price of $148.03 per sf was more similar to pricing seen in 2013 and 2014.

Preliminary BLS data reported that Metro Tucson added nearly 13,000 jobs year-over-year through February 2016, with total employment over 455,750 and an unemployment rate of 5.2% (which improved to 4.8% since publication of this report). These results demonstrate significant positive progress for the Tucson labor market. If preliminary figures hold, this level of employment would represent a record and the lowest rate of unemployment since April 2008.

The forecast is slightly more optimistic than cautious, thanks to higher economic development activity and employment gains. Tucson City Council advancement of the Broadway alignment plan signals progress and removes uncertainty from this key gateway to downtown Tucson. The Tangerine Road widening has commenced in the northwest sector, and home builder activity is trending up.