“Wow!  What a great time to be in Industrial real estate!” These are sentiments not heard in almost a decade.  During the depths of the doldrums, the Tucson commercial real estate market was marked by Foreclosures and REO sales, “blend and extend” lease negotiations, downsizing (or “rightsizing” as it was more positively termed) and a general sense of survival.

Today it feels as if we are back in the go-go years leading up to the great recession, what with Industrial vacancy down to 6.3% (Vacancy bottomed-out around 5% just before the industrial market crash in 2008, while topping out around 12% in 2013), rents on the rise, and Foreclosures leading to REO sales at a trickle. The final indicator of a robust and fully-recovered market is new construction, and by extension, land sales. We are finally seeing land sales increase, primarily for new user development. But now we are even hearing whispers of speculative construction being planned, which, if it materializes, would be the final and inarguable indicator that our industrial market is singing in full-throated volume. 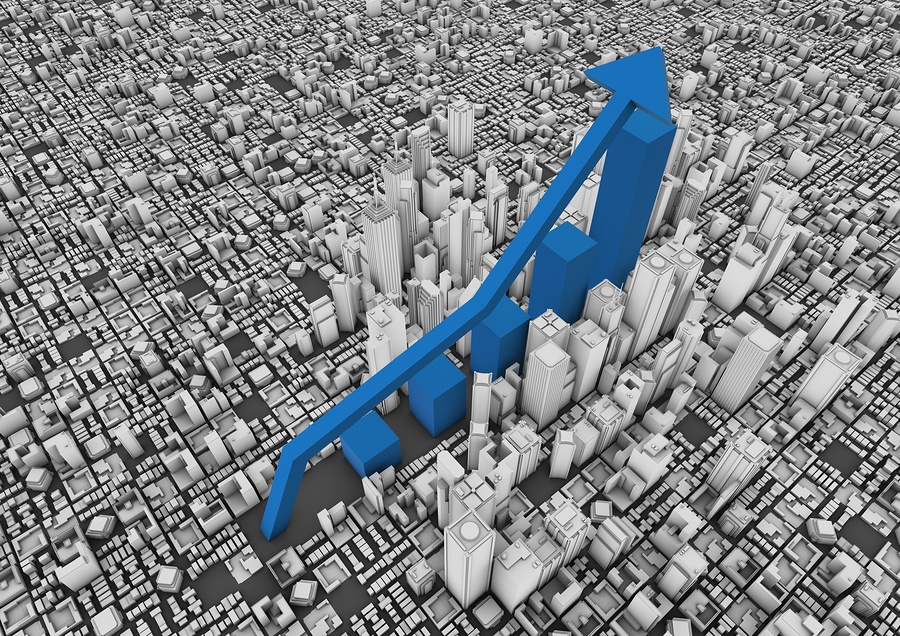 The questions I am asked about this current happy state are: 1) what is causing this condition, and 2) what threatens this condition?

The answer to the first question has much to do with the general economy and job growth.  At its core, all commerce and wealth creation (including that which is associated with the Tucson Industrial Market), is tied to productivity and full employment. Without that bedrock, all of the downstream indicators point south.  Tucson’s unemployment rate has declined steadily since the 2016 time-frame, and now rests around 4.6% (US average 4.1%) representing a 1.5% year-over-year gain. There is still work to be done, however. According to the MAP Dashboard, a community service that tracks various Tucson economic indicators, Tucson still ranks at or near the bottom compared to cities in our peer group (western US cities approximately the same size).   Specific industries that are leading the charge to positively impact our industrial market are, in no particular order:

What I call “the sleeping giant industry” in Tucson may be awakening.  Not only is the Rosemont Mine (hopefully) nearing construction and operation, but a variety of “mining support” businesses are locating to Tucson (ie. Caterpillar) or expanding in Tucson (ie. Hexagon mining).  These high-profile wins in the Mining sector will hopefully re-establish Tucson as a center of mining, and create a true synergy in that industry.

Raytheon. Raytheon. Raytheon.  Oh, and all the others too.  Seriously though, Raytheon has an enormous impact on our local industrial market- and economy as a whole!  During the downturn they were bleeding space, which was felt all-across the market.  Now, they are hungrily gobbling up all the space they can get- and building at their main plant- all of which has a tremendous positive impact.  They tend to absorb space in 50,000sf increments, so in a market the size of Tucson’s, this trajectory quickly moves the needle.

The changing methods of warehousing and distribution – fueled by new technology – along with the fact that the Tucson metropolitan area has now exceeded 1M in population, has moved Tucson onto the radar screen for big logistics.  The newest iteration of the logistics models, driven by online purchases and direct-to-door delivery, dictate that a market of our size needs “Last Mile” distribution centers.  Exhibits include Target Fulfillment, HomeGoods and now the recently announced Amazon Warehouse.  Goods distributors cannot ignore the Tucson metropolitan area any longer with our population level and we will continue to see growth in this industry.

The second question: “What threatens this condition,” may have a negative implication, but actually the question could result in an answer that leads to a condition change for the worse OR better.  Let’s look at what might alter our current state for the BETTER first.  In order to do this, let’s look a little deeper at our vacancy rate.  As previously mentioned, our Industrial vacancy rate currently stands at 6.3%.  It could also be said that some percentage of our industrial stock, let’s call it 2%, is completely functionally and/or economically obsolete.  In other words, unlikely to ever be rented no matter the market conditions.  If this is even close to accurate, our “true” vacancy rate lies somewhere in the 4.3% range (or 1.85M sf).  Of this remaining amount, there are 9 buildings in Tucson with vacancies greater than 75,000sf – these are our “large occupier” spaces, most of which have been on the market for a number of years (lack of absorption for large HQ or MFG operations in Tucson has been noticeable) totals 1.35M sf.  One can deduce, therefore, that only around 500,000sf of medium-to-small bay space that is functional is currently available!  The conclusion being that it will take not much more activity in the small and medium sized users and/or one or two “large occupiers” to bring our functional vacancy nearly to zero.  This would kick-off new construction and possibly even speculative construction on a scale not seen in decades.

Let me conclude with some warnings about what might alter our current state for the WORSE, to fully answer the second question posed at the outset.  We should be wary of the ever-increasing tax burdens being placed on tenants through commercial rental taxes (they’ve gone up 44% in the past few years!), and commercial property taxes.  Already, we hear the complaint from those coming in from outside our market that our property taxes are in some cases double those in Maricopa county or other communities.  Quite simply, this trend threatens business and investor interest in the Tucson market.

We should be wary of over-zealous activism in our community, threatening the likes of Rosemont mine, the aerospace and defense industry and even our Air Force base, to name a few. Tucson’s reputation for unreasonable activism and the sometimes resulting obstruction likewise does not encourage business (read: hiring) and investment in our community. And the factor outside of our control, of course, is the national economy.

Again, it is a great time to be in Tucson and in the Industrial Market. We give thanks for this current situation while keeping watch for trends that portend either further improvement or decline.  Here’s to hoping for the former!

Brandon Rodgers, CCIM, is a Principal and industrial specialist with Cushman & Wakefield | PICOR, He represents transactions of all types within this category, providing both landlord/seller as well as tenant/buyer representation services. His clients include local companies as well as large regional and national firms.